Horncastle and District Choral Society was formed in 1982 by Martin Cook, music teacher at Queen Elizabeth Grammar School, Horncastle. He died in 1994 and Penny Holland took over (initially on a temporary basis). Maureen Gay, music teacher from Banovallum School, helped out for a few years conducting alternate concerts, Penny retiring as conductor in 2013. Banovallum School’s former music teacher, Tom-Colin Thorpe, then became Associate Music Director, sharing conducting duties alongside Caroline Boden, who joined HCS in 2014. Caroline subsequently took over as Music Director in 2016 and stepped down in May 2019. Crauford Thomson directed the choir from September 2019 to our Christmas concert in December. Caroline Boden will be returning in January 2020, to take us up to our May concert.

The Society performs two concerts a year, in May and December, at St Mary’s Church, Horncastle, with the choir enjoying an annual summer break.

Click here to view details of our past concerts. 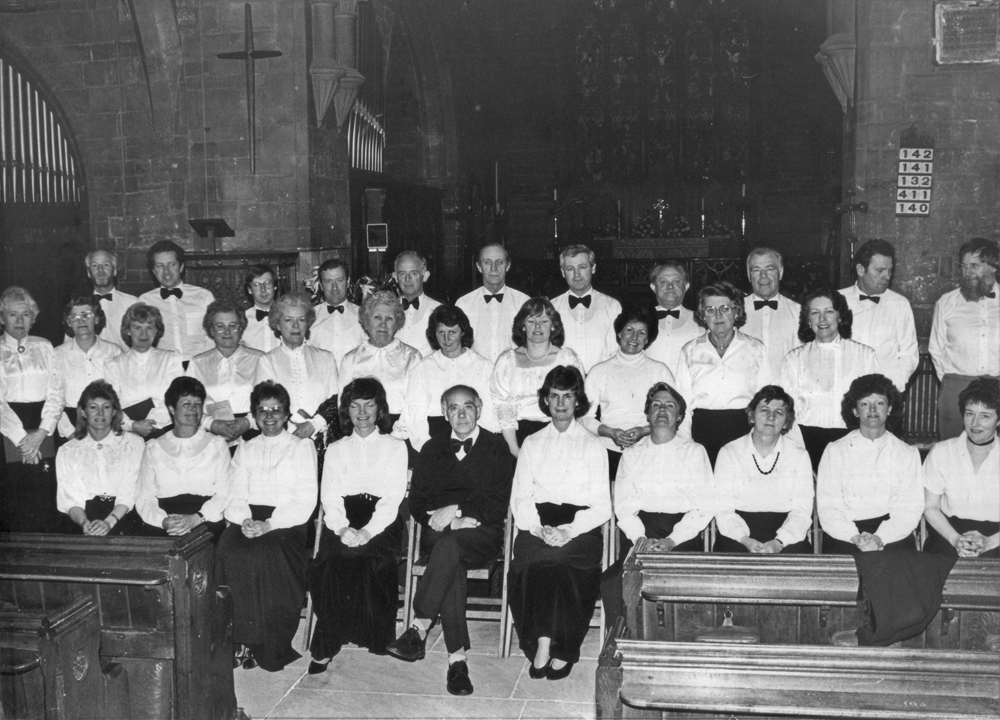 The choir in its very early days with founder, Martin Cook.